The "Abstract", at the beginning of my studies from 1966 to 1968, appeared to me in all forms, arbitrary and diffuse in content. My aspiration was to understand content not merely as a symbolic, analog superstructure, but to deduce content from the formal elements themselves and to generate a syntax for this.

My intervention at that time was an anticipation of digitalization, namely from the singularity of the "monad" to develop complex systems, a pictorial language, a connective tissue, which was later expanded with line structures, number symbolism, geometries, symmetry patterns, oscillating figures and color symbolism and thus gained plausibility.

Here I explicitly refer to the description of nature in the new physics as a relational structure and not as a thing like something.


" Rendl´s work shows the structural reality of the world, in whose movement form emerges but ephemerally, not unlike the foam of breaking billows. And yet, this foaming form is a necessary aspect of all transience."
Burghart Schmidt

" ...these displays are as pure as waterfalls of love".
Anonymus 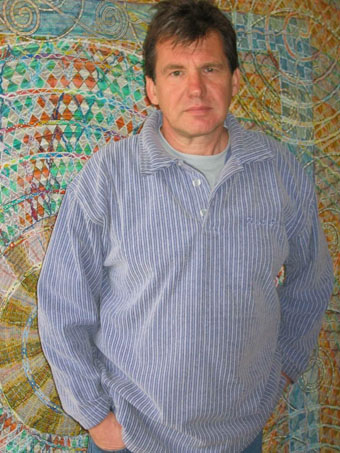