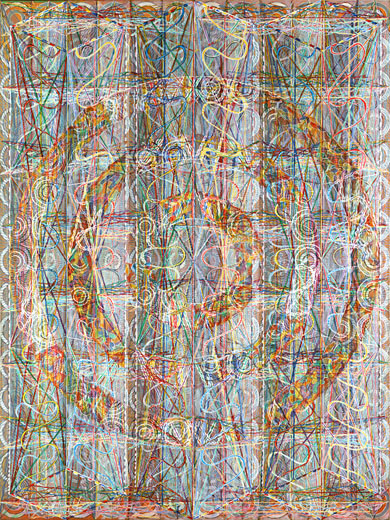 The subject here is the ratio between vowels and consonants.
In Hebrew only consonants are written down, vowel notations are placed above consonants either square in the center or off to the side.Accordingly, the vertical bodies are cut below, in the middle, or above by three circles—the equivalent of the vowel-consonant ratio. Tradition has it that letters, before actualizing themselves in the world, were pre-existent in the "upper world" as "lines" and a "network" (ariga).